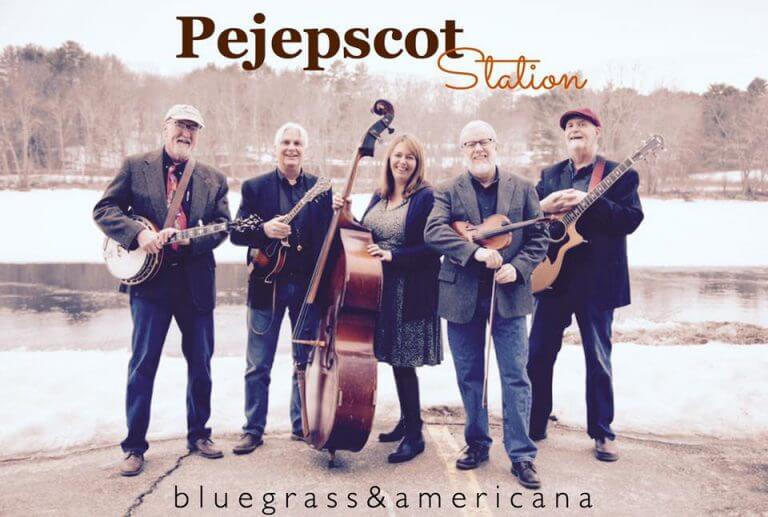 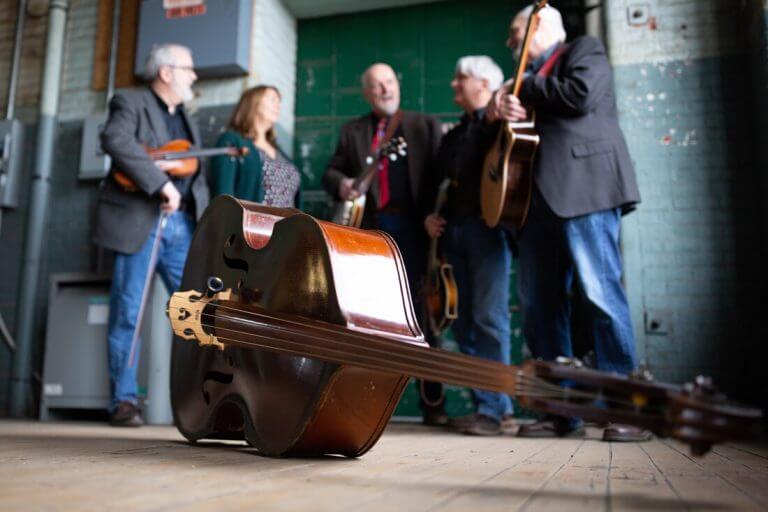 Based in the village of Pejepscot (in Topsham, ME), Pejepscot Station has performed throughout southern Maine since forming in 2011.  Their repertoire is a mix of traditional and contemporary bluegrass, Americana, and some “bluegrassified” favorites thrown in. Wide vocal harmonies and an informal and relaxed stage presence make for an enjoyable and fun show appropriate for all.

The idea of a band started in 1972 when Satch and Ren began noodling around with the banjo and guitar. Later in 1977, “Lonesome” Jim joined up with Ren and the pair performed at a couple venues for no pay and even less respect. Fast forward to July 4th, 2011 (34 years later!), Ren, Satch and Jim played for another unpaid gig at the July 4th lobster bake in Pejepscot and decided to get the band back together.

In January of 2012 Rod Pervier was welcomed into the band with his superb bass and vocals. In the spring of 2013 a new bass player, Cherie, joined Pejepscot Station taking over for Rod. Cherie added her considerable talent and abundant joy to the band. Her outstanding bass playing is coupled with her singing of lead and harmony vocals. In August, 2019, Russ Donahue joined and added depth to the band with his crisp mandolin and guitar work, and his harmony and lead vocals.